The path of three nations

The three settlements affected by the round trip (Kópháza, Nagycenk, Fertőboz) carry the message that peaceful coexistence of nationalities is possible, which was confirmed by the 1921 referendum in Sopron. The starting point of the tour is the GYSEV Kópháza railway stop. In the XVI. The Local History Exhibition presents the past of the Croatians in Gradiste, who settled in our region in the 19th century. The Church of Our Lady of Sickle is an outstanding sacred monument of the area, in connection with the statue of the Black Madonna of Loretto. We arrive in Nagycenk on the dirt road leading through the Köves Forest, where our road is surrounded by mulberry trees planted by Count István Széchenyi, reminiscent of silkworm breeding. Passing the Széchényi Mausoleum, we reach Széchenyi Square, where Hűségkút proclaims the patriotism of Nagycenk of Hungarian nationality during the referendum. We reach the Kiscenk section via Szent Imre Street, where the memorial sites connected to the Széchenyi family (Széchenyi Castle, Hársfasor, Sculpture Park with the Hermit Chapel, Széchenyi István Museum Railway) line up. On the Hidegségi út, Csilla-hegy route, we reach the Hidegség, famous for its St. Andrew's Church from the Árpádian period. Refreshed physically and mentally in the Papkert, we can continue our journey towards Fertőboz. In the center of the village, next to the staircase leading to the Gloriett lookout point, is the “Loyalty Day” monument, recalling the loyalty of the German-speaking settlement to Hungary in 1921. On the last stage of the tour, we return to Kópháza via the Kisbalf settlement, deviating from the B10 bicycle road. 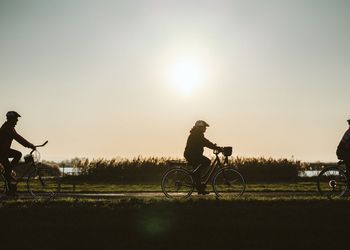 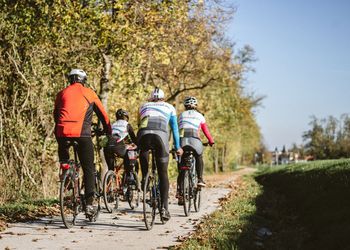 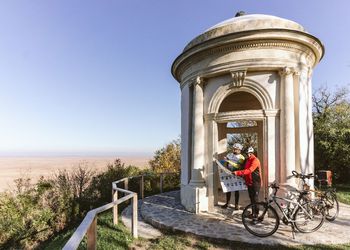 Accommodations offered by our tour guides